After the abrupt death of her father, Laura Carter and her sister, Linda, are shipped off to England by an uncle they barely know. They are taken to a large house in Annesley to begin a life of service. When Laura becomes a governess to a young boy named Marcus, she begins to experience strange things in the night... horrible things.
Creatures in the dark. Bite marks on her body.
Laura is about to discover a secret that has existed in her family for generations... Something wants to possess her. It wants her blood, but it didn't expect her to resist and lose all restraint.

REVIEWS
"Wow! This book is better than the first!...If you want a different view on vampires, or want to go into the past, this series is a good read" - Nicole, Books Complete Me Blog.
"A great second book to this trilogy... Lament has more action, suspense, horror" - Josie Epping, Josie's Haven Blog.

REVIEWS
"I enjoyed reading this book, and the best part, the story isn't over" - Nicole, Books Complete Me Blog.
"I love the twist and turns this story takes. Not knowing where the story was going to end up made this a great book for me" - Josie Epping, Josie's Haven Blog.

After the horrifying experience of fleeing for their lives, Linda Carter and her sister, Laura, are on a mission to reclaim what is rightfully theirs. However, they never expected their past to follow them.
Betrayed by those closest to them and left at the mercy of those they fought to escape, everything they planned goes horribly wrong as Linda is captured by her enemy and held captive in an attempt to lure Laura into a trap.
Can Linda escape without being bitten by the very beast she both feared... and loved?

Raised in a world where the first born are often sacrificed, Louise May Reynolds believes it is her destiny to appease her family by entering into an arranged marriage. However, Louise May struggles as she finds the idea of marrying Bryan Froster, a powerful and ruthless vampire prince, revolting.
In her discontent, she tries to devise a way out of the union, fearing the only way to truly be free of Bryan Froster is death. Scared of turning her back on her family and the clan, Louise May struggles inwardly between what others expect of her and what she wants for herself. Until, she rebels against everything she has been raised to believe. Secretly vowing to escape a life of servitude, she risks disturbing the balance between vampire and servant which can cost her more than she can even imagine.
Can Louise May turn her back on her family in order to follow her heart? 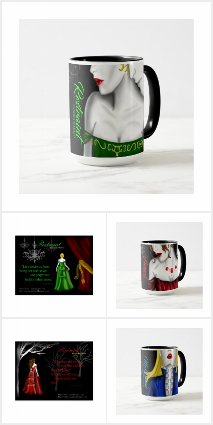