Willow and Nalin have finally settled in the Realm of Magic and plan to start a life together, but Willow is overwhelmed by the demands on her time and long separations from Nalin. She is torn between her responsibilities as a princess and the wants of her heart. To add to the pressure, there is civil unrest between the races, causing tension and violence. With everything wrong, Willow is desperate to fix her failing relationship and plays right into the trap of Nalin’s hidden enemy. The chemistry between Willow and Nalin is undeniable, but there love must be tested once more. However, Nalin is determined to make this union a reality... even at the risk of both kingdoms.
Includes Weeping Willow Part One and Two as well as a new short story only available in paperback.

REVIEWS
"I enjoyed this book! This is such a different twist on elves and the rest of the fantasy world... Sandra Madera's writing is easy to follow, and it flows real well! I love reading books where I'm transported to other worlds, even if they tend to dip into the human realm too!" - Nicole, Books Complete Me Blog.
"Wicked Magic is quite the ride. This book did not disappoint me at all. I found myself going through an emotional roller coaster. I am so amazed by Sandra's writing. This story is very suspenseful and tugged at my emotions constantly" - Josie Epping, Josie's Haven Blog.

Now that Nalin has returned to the Realm of Magic, the Elves hope that the end of the war is near, and the Ljósálfar can finally defeat the Dökkálfar after driving them underground.
However, it becomes clear that Nalin is not himself, and he knows it. He can’t remember a large portion of his life, and his parents have been killed. Everyone around him is just as oblivious to the time that has been robbed from them. Everyone except for the one that calls himself Avery. Nalin senses dark magic is at work when Avery talks of a raven-haired Elfling that traveled to the Realm of Disorder to save him from the clutches of the Dark King, a girl that has not returned. The same girl that cries out to him from his dreams.
Nalin knows better than to trust his Dökkálfar enemy, but something tells him this Elfling is not an ordinary girl. He is determined to find the one called Willow and set time right.
Nalin has come to terms that there may not be hope for Willow. With the darkness in control of her mind, she may never be the same.  She simply doesn’t want to be found and evades him, living on the run through the realms. As Rosalyn lies in a coma, the future of the Dökkálfar Kingdom is in peril, and the crown on his head has become an overwhelming burden.
As rival factions attempt to gain power over the Dökkálfar court, a solution lands on their lap.  Revive Rosalyn, and restore order.  Simple enough, but it would take an enormous amount of power. Something that can only be found in the Realm of Magnetism.  When Nalin is called to help the seductive Queen of the Sirens reclaim the source of power within her realm, he finds saving Rosalyn may be more complicated than he had hoped.  The captivating and deadly Mer-people are at war with the Sirens, and they’re likely to kill Nalin as soon as he steps into the realm.
There is only one person he trusts to watch his back, but she has been running from him since their marriage celebrations.  Nalin must convince Willow that they can take on the realms and save Rosalyn, because he knows that together they’re stronger than they are apart.  But, for Willow, even coming out of hiding can be a dangerous move. Headhunters sent by the Dynasties have been dispatched after her and will not end their manhunt until she is dead.
Release Date: January 2021

Just when Willow and Nalin were ready to bind their life forces in a marriage ceremony, their time of peace has ended.
Willow finds out a secret that is both the cause of their union and exile. Daphne, Nalin’s evil sister, has gathered a group of powerful allies in her quest to regain the Ljósálfar kingdom and overthrow their newly formed government. Hoping to separate Willow and Nalin forever, Daphne casts her brother into the darkest and deadliest realm imaginable... Hades.
However, Daphne never expected Willow to delve into the depths of hell to reunite with her lost love and try to set things right. Rules have been broken... Deals have been made... How much is Willow willing to risk to save Nalin’s soul? 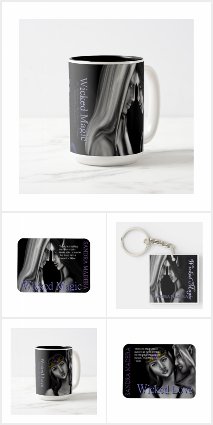